Halliday Clark are pleased to announce that the company is relocating its office to Ilkley, West Yorkshire. Established in 1993 by David Halliday and Adam Clark, the practice has grown into a major Architectural force covering the whole of the UK from its base in Shipley, West Yorkshire. “ The business has grown steadily over the last 23 years, including through the last two recessions based on its reputation for sensitive modern design and personal service” states Adam Clark. “ Whilst our projects cover the entire country we have always had a strong presence in the Wharfe Valley and in… Read more

Men are facing a health crisis that isn’t being talked about. They are dying too young, before their time and so we’re taking action and we need your help! This Movember at Halliday Clark Architects, we’re growing moustaches to raise funds for men’s health through the Movember Foundation. The moustache is the Movember Foundation’s ‘ribbon’ and they are the only charity tackling men’s health on a global scale, addressing some of the biggest health issues faced by men: prostate cancer, testicular cancer, and mental health and suicide prevention. In 13 years they’ve funded more than 1,200 men’s health projects around… Read more 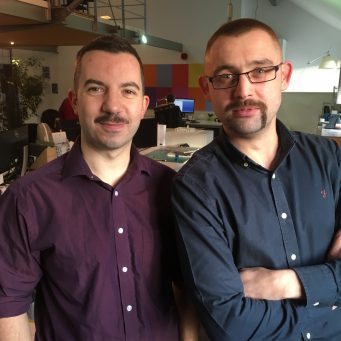 The charity bike ride (organised by neighbouring company Packetts in conjunction with One in a Million) took place over the weekend of 14th/15th May to raise money for the local charity that provides for disadvantaged children within the local area. Halliday Clark Director, David, successfully completed the gruelling ride covering a total distance of almost 200 miles split across two days, beginning at our offices in Saltaire with an overnight pit-stop in Masham and ending the ride in Bradford city centre. For further information regarding the event, please visit: www.oneinamillion.org.uk http://packetts.com/news-posts/packetts-tour-de-dales/ Featured Image (top) credit to Rob Freeman Photography 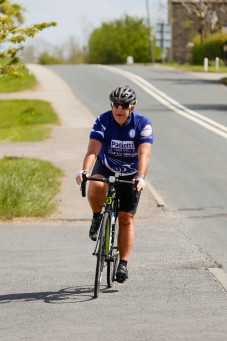 Halliday Clark is pleased to announce that the company’s 35 Ben Rhydding Road scheme has won a RIBA Yorkshire Award in recognition of its architectural excellence. The awards ceremony took place on the 23rd April 2015 featuring a number of high profile schemes amongst the compeition such as the First Direct Arena in Leeds and The Gateway Project, Sheffield Cathedral. The competion judges had the following to say about the project: This plan is atypical to its arrangement on the site, however immediately on arriving at the house, its siting on a north-facing slope at the foot of a spectacular… Read more